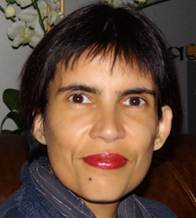 The FME members present at the last Annual General Meeting (AGM) have elected Ana Cavalcanti as the new chair of the board of FME. She is succeeding John Fitzgerald who has served as chairman since 2000.

Ana Cavalcanti is a Professor at the University of York and a Royal Society - Wolfson Research Merit Award holder. In 2003, she was awarded a Royal Society Industry Fellowship to work with QinetiQ on formal methods. She has published more than 100 papers, and chaired the Programme Committee of various well-established international conferences. Her main research interest is the theory and practice of formal methods. She has a long-term interest in refinement, safety-critical systems, object-orientation , concurrency, and real-time applications. She has played a major role in the design and formalisation of a state-rich process algebra, namely, Circus, and its development techniques using the Hoare and He’s Unifying Theories of Programming.

In a first statement Ana said
“It is an honour to have had the support of the FME board and members in taking up this challenge. I hope to be able to help the FME board in continuing the fantastic work they carry out to serve the formal methods community.”

The board members are very happy that Ana accepted this task and are looking forward to a fruitful cooperation. Special thanks go to FME’s outgoing chairman, John Fitzgerald, who handed over a healthy and well-managed organization after 14 years of service.