SCORE 2011 is the second iteration of a team-oriented software engineering contest that attracts student teams from around the world, culminating in a final round of competition and awards at the International Conference on Software Engineering (ICSE) held in Waikiki Honolulu, in May 2011.

FME sponsored also this second edition of the contest, and a special award was given to a team “for outstanding exploitation of formal methods in a project”. 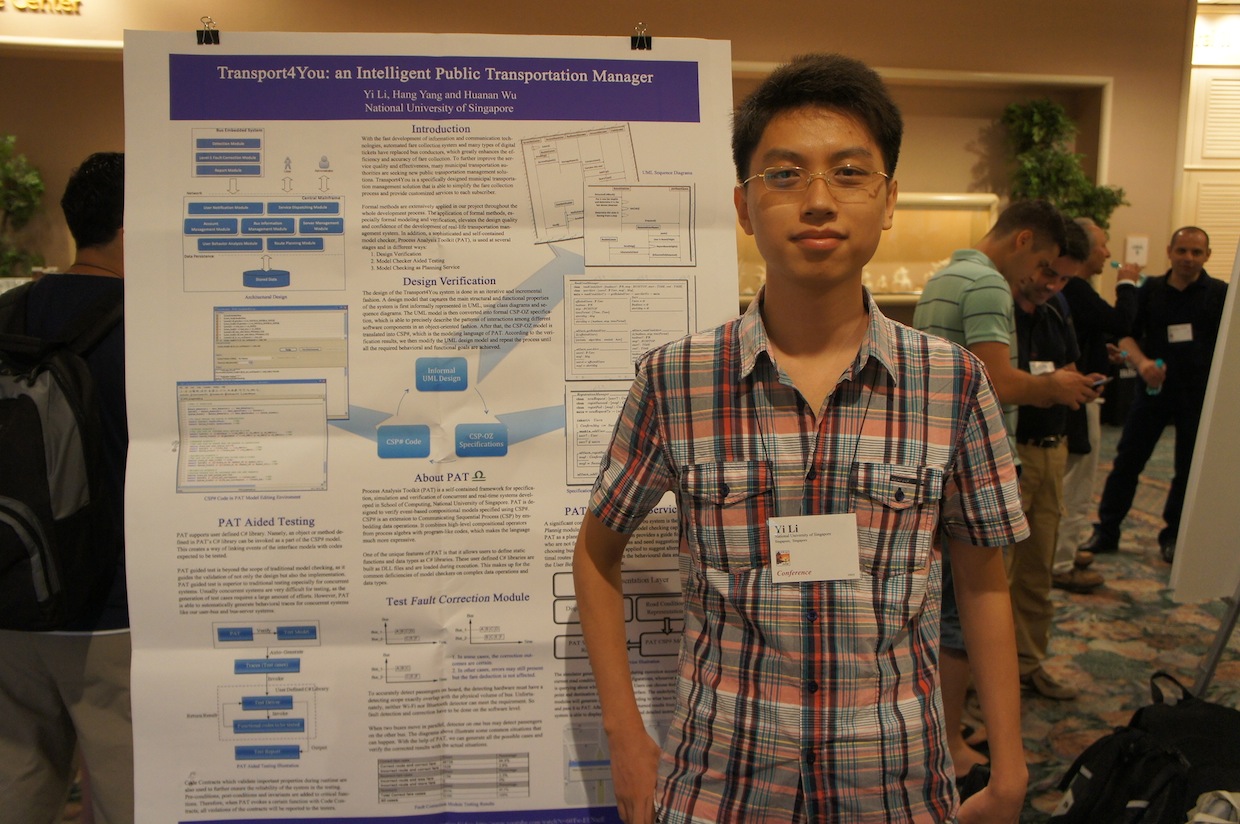 The purpose of SCORE is to foster software engineering in university courses, unlike similar contest that instead adopt a narrower view focused on programming; hence, the contest has been designed to fit well in the context of software engineering project courses. An instructor or student team can choose from among several project proposals, each scoped appropriately for a team of undergraduate or M.S. students to complete in an academic term or semester. In addition to an opportunity to compete with other student teams from around the world, participants receive valuable feedback from leading software engineering researchers from academia and industry, who evaluate the overall project.

Details about the organization of the contest are available on the contest web page http://score-contest.org/2011.

Of the 55 submissions, 14 used, in some form or another, formal methods. Two projects using formal methods were among the five finalists invited to attend ICSE 2011. All teams did an excellent job and received special certificates testifying of their achievement.